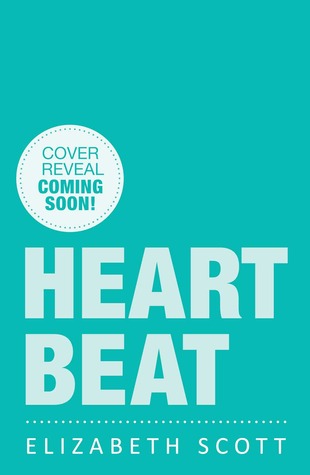 Emma would give anything to talk to her mother one last time. Tell her about her slipping grades, her anger with her stepfather, and the boy with the bad reputation who might be the only one Emma can be herself with.

But Emma can’t tell her mother anything. Because her mother is brain-dead and being kept alive by machines for the baby growing inside her.

Meeting bad-boy Caleb Harrison wouldn’t have interested Old Emma. But New Emma-the one who exists in a fog of grief, who no longer cares about school, whose only social outlet is her best friend Olivia-New Emma is startled by the connection she and Caleb forge.

Feeling her own heart beat again wakes Emma from the grief that has grayed her existence. Is there hope for life after death-and maybe, for love?

I received a copy of this book from Net Galley in exchange for an honest review.

Heartbeat is an emotional look inside a family as they deal with loss and tragedy. When Emma’s pregnant mother suffers a stroke, Emma’s stepfather, Dan, decides to keep her alive to save the unborn baby, even though Emma’s mother is brain dead. Emma hates Dan for his decision, not only because he never consulted Emma, but because she thinks he only cares for his unborn son, and not her mother. Emma doesn’t know how to survive without her mother. She’s lost everything- her mom, her stepfather, her grades, and the one thing that remains – her unborn baby brother, is the catalyst for all the hurt and confusion.

Emma is a smart teenager. Before her mother’s stroke, Emma was on the fast track to a prestigious college. She was a serious, hardworking student who thought planning her perfect future was the most important thing she could do. After her mother dies, Emma’s grades fall, she stops doing her homework, stops caring, because nothing that was important is that way anymore. I like how this story takes a hard journey through loss and grief. Several times, I found myself connecting with Emma’s internal dialogue. Her anguish and confusion, the what if’s, the author really hit the grief spot on.

Dan is the doting father figure. Even while Emma hates him, and is constantly spitting hate in his direction, you can see how much he loves her and their family. He’s torn between saving his son and using his wife’s body as an incubator. He knows that his wife would want him to save their son, but his struggle with Emma’s hatred is spectacular. He’s an incredibly strong character, even though he’s not perfect. I loved that the reader gets glimpses into the past, of how happy he was to have Emma and her mother. It lets the reader know that he’s not some heartless bastard trying to farm his son into existence at any cost.

Caleb is Emma’s love interest. He’s a broken boy, which is how Emma connects with him. He considers himself responsible for his little sister, Millie’s, death. Emma and Caleb bond over their guilt and pain, and their love story is sometimes quiet and beautiful and other times bright and explosive. Caleb is the perfect reflection for Emma and I love the two of them together. It shows how you truly cannot know someone from the outside. Caleb appears to be the typical bad boy loser, into drugs and stealing cars, but he’s really just a sad, scared, young man, who has taken on far more guilt than he should have to bear alone.

*It has a clear understanding of grief and the anger and hatred that come along with it.

*There is visible character growth for Emma, Dan, and Caleb.

*There is a clear line between Emma’s “old” life and her “new” life, and proof that neither is perfect.

*Caleb- especially how he doesn’t “exist” to Emma until she finally “sees” him.

*First person present tense. I usually don’t like this POV, but the immediacy worked perfectly for Heartbeat, packing an emotional punch.

*Caleb’s parents. I can see where a family would get to the point of hating their child if they believed him responsible for the death of their other child, however, I thought the entire scene between him, Emma, and his parents was over the top. I know that the author wanted to show how “evil” they are, but pure evil is hard to swallow, and she left little redeeming qualities for Caleb’s parents. I would’ve believed it more if they’d just ignored him instead of trying to convince Emma that Caleb is a terrible person.

*Millie’s back story. I kept waiting for the “diets” Millie was on to pan out into a plot point. I wanted to see that perfection reflected in Caleb’s mother. It felt like an afterthought, another “staged” point just to make his parents look worse. Their callousness never felt authentic.

This story is unique, like nothing I have ever read before. Heartbeat takes the reader on a turbulent ride. I found myself laughing and crying at equal intervals. Heartbeat answers the following questions:

How do you say goodbye to someone who is still breathing? Someone who will produce a life but has none left for herself? What makes a life? What makes a family? What is the right decision if you cannot choose for yourself? Who will love me when I have so much hate?

This story will move teens and adults alike. Great for fans of emotional books along the lines of The Fault in our Stars by John Green and Imperfect Spiral by Debbie Levy.