In preparation for the upcoming release of Reflection Pond, I’ve compiled some juicy tidbits about the characters (with excerpts!). Today, I’m going to introduce you to Callie, the main female character. 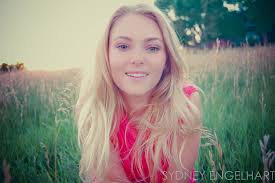 Appearance: Long blond hair, blue eyes. In a perfect world, where Reflection Pond was made into a movie, Annasophia Robb (see picture!) would play Callie.

Personality: Reserved, quiet, shy, with a short fuse ignited by fear. She’s had a hard past that makes her hesitant to trust people or rely on them. She has a soft side that longs for magic and kindness. She believes that she can leave her past behind and make herself into a new person, if only given the chance.

It wasn’t because she was pretty—of course she was, beauty was a given in Eirensae. Sometimes he longed for the diversity of the human world, where no one was glamoured to perfection. He wanted scars to map out a history that actually meant something. Flawlessness turned his stomach.

The girl’s arched mouth fell into a gasp as she looked up at the glamoured ceiling. A blond cascade of hair skimmed over her shoulders as she leaned farther backwards, trying to take it all in.

Rowan didn’t believe a single word that came out of her mouth. He couldn’t lie, but he didn’t think she was like him. It didn’t matter if she looked like Sapphire. Lots of girls had blond hair and blue eyes. Lots of girls were beautiful. It didn’t mean she belonged here. No one fell through the pond by accident.

And an excerpt from Callie:

She must be crazy, going through with this party. Callie pressed her fingertips to the mirror, half expecting her hand to disappear through it as she saw in the movies. Maybe she was dreaming. Maybe she’d fallen asleep in Nate’s bed and created another reality so she wouldn’t have to face the real one.

When she was little, back before she’d realized that the world was an awful, cruel place, Callie had dreamed that her mother was a princess. She’d drawn pictures of castles sparkling with jewels and white knights on horses. She convinced herself that one day, a carriage would come for her and never look back. Then she’d been placed with the Johnson’s and Callie had lost all hope.

And maybe she was crazy, but was it so wrong of her to be curious? To ask, what if? She glanced again at her reflection. They’d pinned flowers in her hair and covered her eyelids with glitter. Maybe she wanted this.

Maybe this was the most excited she’d been.

Callie’s interview. This takes place just before Reflection Pond, when Callie is a foster child.

Read. The best way to escape your life is to take on someone else’s. I can be anyone as long as I’m inside a book.

I think I come off as quiet and maybe a bit standoffish. It’s not that I’m trying to be that way, it’s just hard for me to trust people. I don’t have many friends and very, very few people know what really happened to me. Fosters are like that. You can’t hold too tightly to anything, because tomorrow it will be taken away from you.

My ability to blend in. Inside, everything is a mess, but on the outside you just see a girl who is making it through every day. Maybe I don’t smile enough, but no one is looking hard enough to notice.

Not being able to defend myself. If I were stronger, I could’ve had a different life.

Joan of Arc. Not only did she have visions of the future, but she used them to change history. She had to convince people she wasn’t a heretic, and though she eventually died for her visions, she brought about great change in a small amount of time. She was strong and brave, living in a man’s world, and that’s the kind of person I want to be.

I have no idea. I’ve never met my parents, though when they gave me up, I hope they didn’t expect me to have so many foster homes.

I’ve never been very religious. Once, I lived in a home that required us to go to church. It seemed to me that God was just an excuse people used to do things. You can get away with nearly anything if you claim you did it in the name of God.

I want to get out of Pennsylvania, and I will, as soon as I turn eighteen. I’ve got enough money saved for a bus ticket. Florida, California, New York. I don’t know where I’m going, but I know I’m leaving. What would happen? I don’t know. That’s the best part.

I’m not answering that.

I don’t really have a best friend. I guess it’s my boyfriend, Nate. He’s the only person who’s put up with me for this long.

The worst thing I’ve done? Being born. Obviously I was a burden to my parents.

That’s cryptic. My name, I guess.

Being unable to defend myself. Being trapped.

Freedom. Well, I’ll value it when I have it, anyway.

I feel like I’m stuck, but only for a little while longer. Like I said, eighteenth birthday, bus ticket, sayonara Pennsylvania and being a foster.

Lying? I’m not much of a liar, I prefer to omit things. If I ignore it, it doesn’t really exist.

Read more about Callie and Rowan’s lives when Reflection Pond releases April 1st. Do you have questions for Callie? Post them below and I’ll answer them!

You can also add Reflection Pond on Goodreads and join my mailing list to get all the latest news and freebies!

One thought on “MEET CALLIE, STAR OF REFLECTION POND”