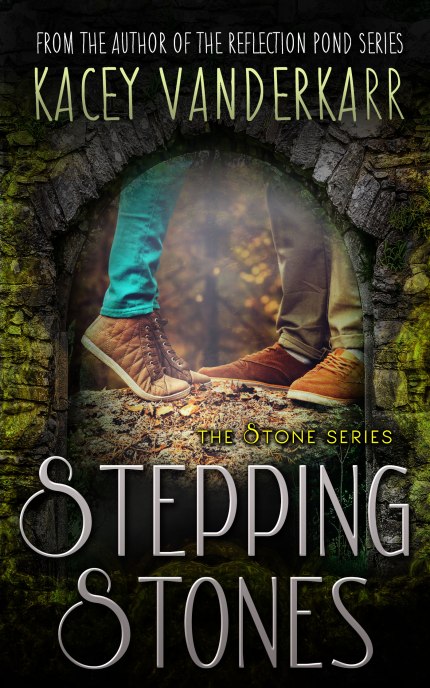 I’m so excited to reveal the cover of Stepping Stones, created by the wonderful Julia at Bioblossom Creative.

Onnaleigh Moore is part of a plan—and it isn’t hers. When her brother dies in a car accident, Onna is desperate to preserve the tatters of her family. Any hope of finding normalcy vanishes when her mother runs off and her dad turns to booze to numb his pain. Onna’s grief is crippling, but the boy who showed up just when she needed him is helping her cope.

Everett’s presence is comforting, though he knows things—Onna’s name just before they met, where she lives, and sometimes he comments on thoughts she doesn’t say aloud. She pegs him for a stalker, or maybe psychic, but the truth is deadlier than she imagines. As their feelings for one another deepen, Everett confesses a horrifying secret: Onna’s brother is only the beginning of the plan, and some fates are worse than death.

Add it on Goodreads.

I have so many exciting things planned for this series. I can’t wait to share Onna and Everett’s story with you. What do you think of the new cover and blurb? Leave me a comment below!