Does anyone else turn into a mess right around book release time? I swear, Goodreads and Amazon have made us neurotic. I’m always on Goodreads, hands trembling, waiting to see what awful thing has been said about my work now. Then my stomach is in knots because *GASP* not EVERYONE LOVES ME? WHAT IS THIS?? 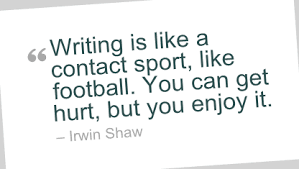 But I’m here to tell you—you don’t need to stress over those bad reviews.

Let me tell you why.

First of all, you wrote a book. And not only did you write it, you edited it (hopefully), and published it. How many people do you know who’ve said, “I’ve always wanted to write a book,” but they never have? Dozens, probably, maybe more. You wrote a book. You are a hero. You look at your book and be proud of what you’ve accomplished. LOOK AT IT! 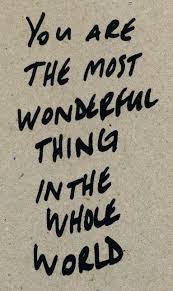 Secondly, writing is learning experience, not an exact science. Let’s compare it to school. We start out in kindergarten, not knowing all that much. But we’ve got people to help us. We’ve got teachers and parents and our community. By the time we’re seniors in high school, we think we have this whole school thing figured out, only to find ourselves in college with no idea what the hell we’re doing. Being a writer isn’t all that different. We all start out at the beginning, but we learn and we grow. Maybe your first book wasn’t a bestseller, that’s okay. You’re learning. You’re making mistakes, but more importantly, you’re learning how to correct them. (And remember college? We may have a degree, but sometimes we still don’t know what the hell is happening!) 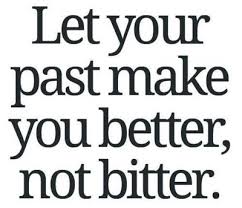 Truth is, you can’t undo that book you published. Maybe if you self-published, you can edit again, change the cover, try to garner some better reviews, and you SHOULD, especially if the book was unedited. (Please don’t publish unedited work. There’s nothing worse.) But if you’ve grown as a writer, if you’ve learned from the books you’ve published, then you have nothing to stress over. I know. It’s art. It’s so hard to put something out there only to have people tear it apart. But the past is in the past, and that book, it’s now a part of your past. You’re not the same writer you were when you faced that first blank page. You’re not even the same person. 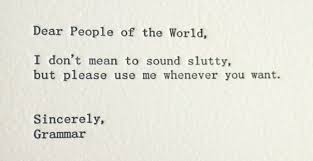 Did you learn something about grammar?

Did you learn how to foreshadow?

Did you learn how to subtly nuance a character’s personality?

Did you learn not to split infinitives?

If you learned, then you are doing it right. 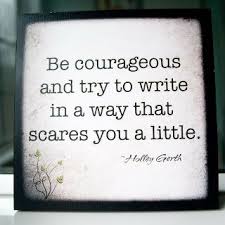 There will always be people who don’t like your work, and that’s okay. It’s hard to accept, but it’s okay. When you sit down at your computer to write, are you thinking about those people who don’t like your work? No. You’re thinking about how great it is to write. How it feels to accomplish something. You’re remembering that fluttering in your stomach when you reach that really important scene. You’re finding your release. And maybe, just maybe, you’re a little scared, because you’re really putting yourself out there this time. You’re really taking chances. You’re writing about something that matters to YOU.

So let those bad reviews roll off your back and keep going, soldier. There’s still books inside of you and many more lessons to learn. 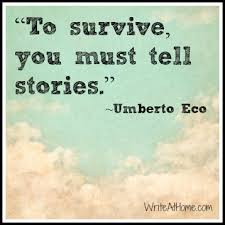 I’m up to my neck in my latest rewrite and it’s got me thinking. What do readers REALLY think about happily ever after (HEA)? What are the rules of the classic HEA? What about a happy for now (HFN)? How do readers feel about an unhappy ending?

I did a quick poll of my Facebook and Twitter followers, and the answers may surprise you. (Or not, that was my blatantly obvious attempt at suspense.) The HEA may not be as necessary as we think, and readers want, what’s this? An ending that makes them think? Who knew?!

Warning! There are spoilers from Allegiant in the next paragraphs.

Sara says, “I don’t like when it feels unnecessary to the story. Romeo and Juliet needed that ending… I just finished the divergent series… And I was not a fan of the ending…”

Me neither, Sara. What is it about killing off a main character that makes us so angry? Especially when we spent three books growing to love the absolutely kick ass Tris. While Veronica Roth promises she wrote the ending she saw for the story, I have to wonder, how could she put her characters through all that turmoil just to let her die? It hardly seems fair or necessary. Sorry, Ms. Roth. I think you’re fantastic, but we’ll never see eye to eye on this.

Jacci says, “I don’t like them because they ARE like real life. Some people read to escape to a “happier place” than what their life is about.”

I’m down with this, but it kind of limits the genre of books you can read. And…what about that dreaded, unexpected unhappy ending? Sometimes they take you by surprise (see previous rant about Allegiant). Sometimes you go into a book expecting a character to die, why hello, every John Green book ever written. Sometimes the author gives you the heads up, thanks Cassandra Clare. And sometimes, you know EVERYONE’S gonna die.

I’m about a quarter of the way through A Clash of Kings by good old George RR Martin and I already know not to get attached to anyone. Spoiler alert: Everyone dies. Don’t believe me? Behold the series, with every death tabbed.

It seems closure is important:

Angela says, “I would prefer happy endings, but if they are not necessarily happy but at the end I feel like I had closure, then I’m okay with it. If it’s for the best, you must do what is needed!”

Leah says, “First book, ok, overall, not a fan. There’s Harry Potter where everything was resolved, but I wouldn’t necessarily call it happy. We lost a lot of good characters in the fight for peace. I was good with the closure.”

Of course, we had to bring up Harry Potter. I’ll admit, while it was a semi-happy ending, half of the characters died. Damn, there’s another spoiler. Sorry. I’m fifty-fifty on the end of Harry Potter, only because I didn’t even care about any of the characters until the end of the fourth book. I wasn’t ready for them to die yet. And, she didn’t kill any of the main three characters, so, can we really count it as unhappy? Harry got Ginny. Ron got Hermione. Good won. Sounds pretty darn happy to me.

A mean spirited author? Well…I’ve never! I have to agree with Jeff on this point. Some writers employ the “I’m God, therefore, this can happen,” approach. Need your character to fly? Suddenly they have powers. Need them to turn invisible? They amazingly discover this ability. Same thing goes for endings. If you can’t give me a legitimate reason…I’m probably not going to buy it. (Want an example of this? Read anything by Alyson Noel.)

Kristin says, “First of the series = good story telling. You’ve sucked the reader into an unhappy ending and now you HAVE to read the next book, because naturally we secretly want resolution.
And in the case of a single novel with an unhappy or uncomfortable ending…… Sometimes the moral of the story is the hard lesson we take away from the book. Maybe the death or catastrophe needs to happen so that the character learns something, or the reader learns something. I like a variety. Some happy, some not.”

Yes. Yes to this so much. Want a perfect example of this? Read The Fault in our Stars by John Green. The Infernal Devices by Cassandra Clare. If something makes you uncomfortable, then we’re probably headed in the right direction.

Pat says, “I’m thinking of Grapes of Wrath . . . a happy ending would negate the whole premise of the novel. Some people read for entertainment only – they read the same romance novel a hundred times (only the names and a few details are changed) – they know how it will end, and like it that way. I want the ‘end’ of a novel to work – it’s great when it’s happy, but not always necessary or ‘good’ for the reader.”

You mean it’s not okay to be oblivious to things like pain and suffering? This is a novel idea (pun intended).

Lastly, we go to Twitter for my favorite response.

Kevin Moore says, “I feel happy endings are the end for characters. Endings with a bit of disarray let characters live on in the mind”

Right on, Kevin, right on. I mean, who watched Inception? Who is still wondering if that damn top is still spinning?

So, what’s the verdict?

It seems to me that it comes down to planning, plotting, and weaving the perfect story. The ending may be awful, but if it’s necessary, go for it. Now, hold on a minute, don’t be killing off characters for sport (also don’t randomly give them magical powers), you must have reasons. And these reasons the reader must understand.

What say you, readership? Do you like HEA, HFN, or the necessary unhappy ending? Sound off below!